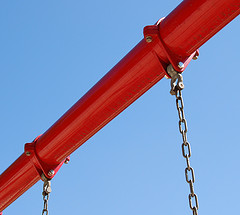 When I was little livin’ on the edge has changed so much over the years. When I was a child, living on the edge meant walking on the highest point of a swing set and climbing to scary heights of a giant tree. It meant playing in a vacant apartment to escape the heat, because I knew I would be in huge trouble taking my baby sister to the pool without my parent’s permission.

When I was a teen it meant talking back to my mom, staying out late, and that one time I drove my friend’s car with her trying to cheer me on before I got my license. It was when I tried to see just how long I could function well with little to no sleep, oh college days. Yeah, I was that awesome culinary student that worked in a bakery, so there were days I would be up at 3:30am and wouldn’t get to bed the following day till 1pm due to work, school and my dreamy boyfriend.

When I was in my twenties it meant having crazy make out sessions with my husband everywhere, yeah I’m a wild child, crazy newlywed me and yeah we grossed out our sisters on numerous occasions. Or the fantastic time we went to a wine festival and followed up that afternoon of drinking with going home and drinking more wine and eating of fine cheeses and fruit. Wild and crazy I tell ya!!

Now as a mother, living on the edge is a whole new world. When I had one child, living on the edge was coming home late for his evening nursing session or letting him run around naked for more than half an hour. Now living on the edge is changing my toddler on the floor and spacing on closing the gate to keep my baby away from the dirty diaper I have removed. It’s also when I hear an pause in the constant chatter from both boys and don’t immediately jump up and check on what mischief they may be getting into with each other, you know like tearing apart their play room to the point beyond recognition. Like right now, I’m so living on the edge as I have not followed my baby crawling to the office where my dreamy, adorable, and thank goodness patient husband is busy working. How things have changed.